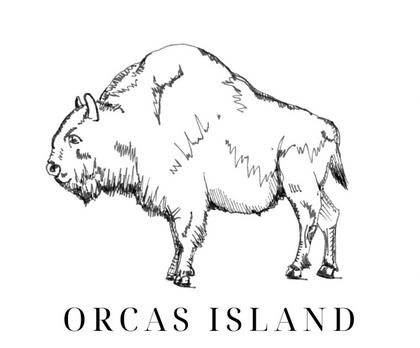 Step into the really ancient past! Yes, the skeletal remains of a family of Bison antiquus hold place of honor in our local museum (the log cabin complex near the Village Green). Carbon dated to be 14,000 years old, these bones are widely thought to be among the most complete skeletons of this species ever found anywhere! And what’s more, signs of butchering on some of the long bones suggest that people were here too, harvesting meat, marrow, and fur. Civilization. We don’t know who butchered the bison, but this gives credence to the local Indigenous lore that people have been here since time immemorial. A greatly refreshed exhibition of the bison remains is newly displayed and everyone is invited to come see it!

Note:  the Bison antiquus is the ancestor of the modern plains buffalo.  It was found in a former swamp here on Orcas. So “give me a home where the buffalo roam” is an Orcas song after all.